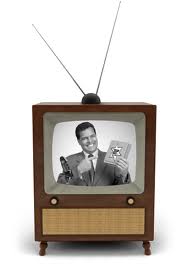 Hollywood has hated television since it first gained widespread popularity in ‘50s America.

“Why,” they were forced to ask themselves, “would someone pay to travel outside their homes for two hours of crap, when they could inside and watch endless hours of crap for free?”

Their answer was to give the audience something extra, trotting out an array of cinema-only-wow-inducers, including wide-screen, lurid colour formats (most TVs were still black and white) and our old friend 3D. In the end they saw that people still had time for the cinema, whether encouraged by these gimmicks or not, and soon a slew of block-busting summer hits arrived to convince the captains of Hollywood that their cash dhow had weathered the storm and come out smelling of Armani. But as William Faulkner said, “the past is not dead. In fact, it isn’t even past.” 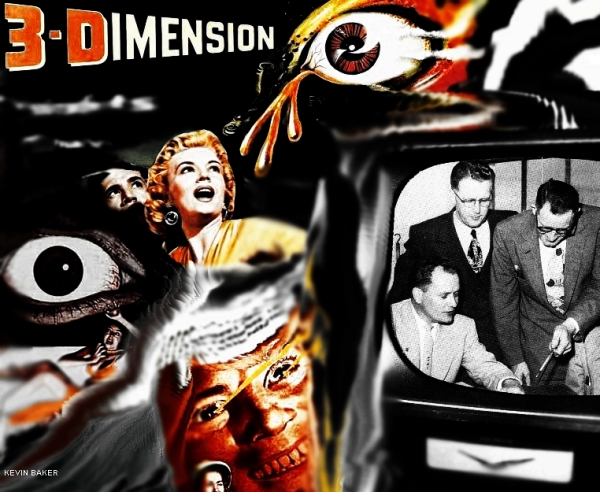 It started again with the Friends affair. I can’t think of a single ex-girlfriend who didn’t have the Friends box set (the videos took up an entire shelf in the closet), and they’ve continued to sell on DVD, despite the fact that one channel or another will be playing the whole series on a loop until the end of time, perhaps even after our species has been obliterated. Anyway, the huge sales alerted marketers to a new truth. TV shows, once thought of as one-shot and disposable, were now seen as worth saving, having become treasured parts of a person’s accumulated cultural identity, like a favourite album or a life-changing book. The upsurge in quality drama and comedy in the noughties fuelled this new market, filling the coffers of television, and once again causing a string of heart attacks throughout the Hollywood hills. Their response? Well, more of the same really, but bigger, longer, brasher, louder. Squeal followed sequel, franchise followed franchise, yet still the numbers fell, and it wasn’t long before they dredged up the old gimmick of 3D.

The unstoppable rise of the internet has also had an impact, and now even the term “box-set” seems like an archaism. Shows are more commonly downloaded or streamed through Netflix and their ilk, as well as other, less legal, sites (which I couldn’t possibly megashare with you). Internet streaming is so rife that Netflix accounts for 1/3 of nightly internet traffic in the States. Of course, Netflix has movies on it, but how many people are watching them? Most people I know have given up on watching movies all together, and instead concentrate on catching up with any of the five shows they are simultaneously engaged with.

Of course, TV isn’t entirely to blame, and there are many other reasons for the decline in cinema attendance – the cost for one thing. But what Hollywood refuses to see is that people have got tired of the same old output. The films have become like the comics they are based on, action-filled, yes, but shallow and lightweight. No matter how moodily they conduct themselves (and they are terribly moody nowadays, with fun being all but forgotten) movies so often lack depth. TV shows, on the other hand, have embraced strong characters, settings, and plots, and also the freedom to explore them that their longer format allows. If movies are now just comic books, then the TV series is a richly detailed novel, to be devoured in one go, or saved for nightly sessions. They are also ongoing conversation pieces, the balm of a work place.

So where does this all leave us? Will the cinema soon became as culturally relevant as the play house? The jury’s out for now, but one thing’s certain – if Hollywood wants to keep making money from our need for stories, they’re going to have to try a lot harder than resuscitating a fad from the long gone ‘50s.